Stadler Stahlguss AG located in the Swiss town of Biel saves energy costs every year with the Alpiq energy management system. As a large amount of electrical energy is required to produce high-quality, complex cast parts for extremely sophisticated rail vehicles, deploying fully automatic load control from Alpiq pays for itself within a very short time.

In September 2009, Alpiq equipped the plant of Stadler Stahlguss AG in Biel with fully automatic load control. After 10 years of dependable operation, the system was modernised in 2020, leaving Stadler Stahlguss AG all geared up to face the future. The Alpiq system controls two heat treatment furnaces, two induction furnaces and an electric arc furnace with fuse limits of 5.7 MW total power.

Stadler Stahlguss AG is one of Europe’s leading suppliers of cast parts. Thanks to the company’s wide-ranging expertise and the constant ongoing development and improvement of its production system, Stadler is in a position to deliver superior performance while maintaining top levels of quality and complexity in its components. The firm’s investments in a highly modern, water-cooled electric arc furnace and an ultra-modern X-ray bunker have given Stadler Stahlguss AG a major boost in terms of technology.

The maximum of the energy management system is set to 3.2 MW, which means either the electric arc or induction furnace can run at any one time, but not both together. Stadler Stahlguss AG is also able to visualise its performance data in real-time using the Alpiq system. Such data transparency provides the basis for further cost-cutting and an associated reduction in power consumption.

Since installing the Alpiq energy management system, Stadler Stahlguss AG has saved a significant amount in energy costs, which are a major factor in a company’s operation costing.

With our years of experience in demand-side management we can help you reduce your electricity costs by up to 30 percent. Decrease you power consumption with our help. 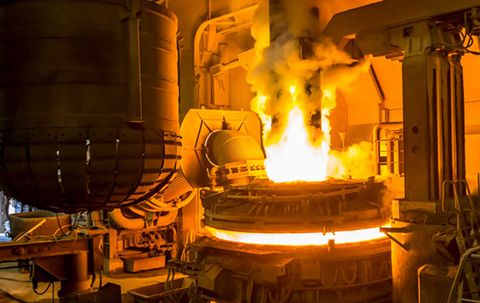 Reducing the costs of balance energy

Balance energy is a key cost factor on steelworks’ electricity bills. Based on artificial intelligence, we have developed a digital solution.