By the end of 2021, the Nant de Drance pumped storage power plant will be fully operational. For three years now, Alpiq has been getting ready to manage this highly complex power plant and market the energy it produces.

Nant de Drance is a masterpiece of complexity. "For the members of the Nant de Drance energy committee, it was clear from the outset that we would need to design a specific management tool for this power plant, whose technical, administrative and contractual complexity makes it one of a kind", says Pierre-Yves Ledermann, a project manager at Alpiq and a member of the committee. As the project leader, Alpiq is in charge of managing operations and the energy produced on site. That means that Alpiq was also responsible for developing the management tool.

But first of all, the four project partners – Alpiq, SBB (the Swiss rail company), IWB (a Basel-based utilities company) and FMV (a local electricity producer) – had to come to an agreement. "The Alpiq committee members explained all of the plant’s technical constraints to the other committee members," says Pierre-Yves. "The contractual base had to be rock-solid."

Nant de Drance has six variable-speed pump turbines spread across two water channels; a hydraulic short circuit can be created by pumping water and running the turbines at the same time, using one or both channels; the upper volume of water – in the Vieux Emosson reservoir – is relatively low; the height of the vertical drop varies depending on the water level in the lower Emosson reservoir; the Emosson reservoir is also used by another company, Electricité Emosson SA; each of the four project partners sets up their own production schedule.

To be able to run the pumped storage power plant in keeping with the terms agreed by the four partners of Nant de Drance, Alpiq created the Pump Storage Management Tool (PSMT) from scratch. Emanuele Facchinetti, a project manager, is involved in developing the tool, a fully internal and truly cross-disciplinary project.

The tool has four functions. First, it keeps track of how much electricity is produced and pumped by the power plant and how much is used by each partner. Second, it controls the production schedule set up by each partner. "Each partner is free to develop their own production schedule, and we have to check that their schedules are feasible and in keeping with the plant's technical and legal constraints," explains Emanuele. The third function involves dispatching. The power plant is so complex that the trading team has to develop six production schedules – one for each turbine. So the tool includes an optimisation algorithm to manage the complex system and help the dispatchers set up production and pumping schedules for each machine. "The fourth function will enable us to optimise Alpiq’s share of the energy produced and will incorporate the trading side of things," explains Emanuele.

The Nant de Drance teams are gradually getting the six pump turbines up and running and have been conducting tests on some of the machines since March 2020. "That means we can also test the PSMT's dispatching function", says Emanuele. The six machines will be fully operational at the end of 2021, and that's when the commercial operations will begin. Each partner will be free to use their share of the energy produced, and the PSMT will really come into its own then. 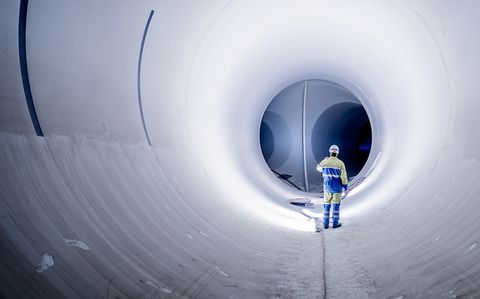 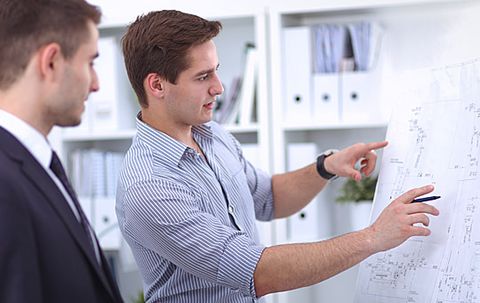 You are planning a general overhaul or decommissioning of a power plant? Find out how we can support you in completing your project successfully.