The Le Peuchapatte wind farm, which was put into operation in January 2011, is located in the Swiss Jura Mountains on the municipal territory of Muriaux.

The Peuchapatte wind farm, put into operation in January 2011, is Alpiq's first wind farm in Switzerland. Its production of around 13.5 GWh per year covers the equivalent of 3% of the electricity consumption of the Canton Jura. The wind farm was designed to minimise the impact of the turbines on the population and environment, and to make use of the good wind conditions of the Jura mountains. Hence the strategy adopted was to build a minimum number of wind turbines, which are in turn very powerful.

The three 108-metre-high Enercon E-82 wind turbines, with 41-metre blades, are very quiet and reliable. The blades are equipped with a heating system, which prevents ice from being blown off in winter. The turbines are also equipped with a bat protection software, which shuts down the machines when the weather conditions are favorable for bat flight.

The Peuchapatte wind farm is a model wind farm, often used as an example in the wind energy sector. It has also been the subject of numerous official studies by the Swiss authorities. Studies on birds, bats, radio beams and noise have demonstrated the low impact of such a park on the ecosystem.

Current power of the park

Cumulative production for the current month: 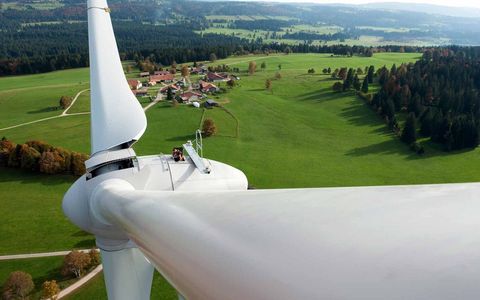 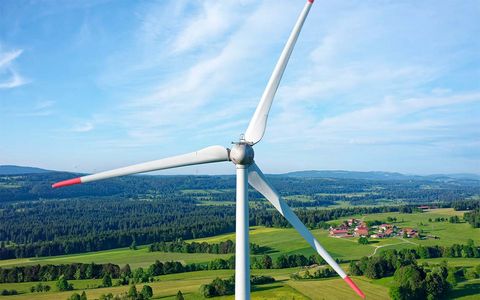 Leave the maintenance of your wind park to someone with well-founded experience. Find out what wind power plants are operated by Alpiq. 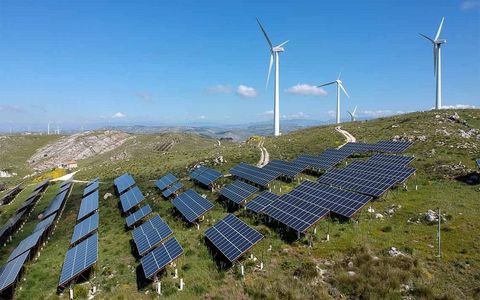 Find out more about Alpiq's expertise in the field of new renewable energies.