Equipped with two propeller turbines, the power station has a capacity of 23 MW and generates some 115 GWh per year. The 5.9 metre Kaplan turbines are among the largest waterwheels in Switzerland. The construction of the new building in 2000 included various environmental protection measures as well as measures to restore and rehabilitate the natural landscape along the River Aare. Water expanses, islands and natural growth areas were established along an 8.4 kilometre stretch of river. Instead of the old canal, a 1,200 metre fast-flowing watercourse was built for aquatic life forms. The ecological development is continuously documented and assessed by experts during periodical environmental audits. At the beginning of 2010, the Association for Environmentally Sound Energy (VUE) awarded the Ruppoldingen power station the naturemade star certificate. 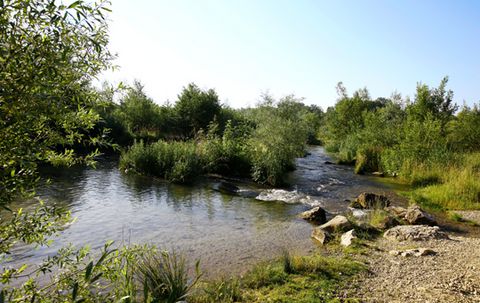 Discover the Aare landscape for yourself on a hike along the information trail (available in German only). 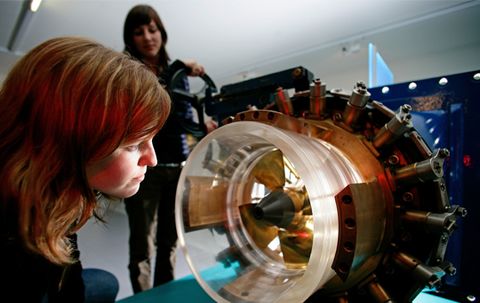 Sign up for a free guided tour and experience the world of environmentally friendly electricity generation. In collaboration with Linie-E (available in German only).

As part of a regular inspection of the Ruppoldingen hydropower plant, one of the two Kaplan bulb turbines was drained in September 2019. We took this opportunity to take a closer look at the waterwheels with a diameter of 5.9 metres. To do this, we climbed through the «Mannsloch» into an area where normally 275,000 litres of Aare water per second pass through.