In order to combat climate change, there is an urgent need for alternative energy carriers that can be generated and used without emitting CO2. Hydrogen is an optimal alternative to fossil fuels, such as petrol and diesel, and contributes to the decarbonisation of road transport and of the heavy industry. Provided that the energy-intensive production process based on electrolysis is carried out using carbon-neutral, renewable electricity.

As the leading source of renewable energy, hydropower is particularly well suited for hydrogen production. Thanks to their long operating hours, run-of-river power plants enable hydrogen production plants to run with a high degree of utilisation. An optimal balance between hydrogen and electricity generation is key to ensuring that production is economical and that sufficient electricity is available in the grid during critical periods.

The advantage of the generated hydrogen is that it is transportable and can thus also be processed into methane or liquid fuels and combustibles regardless of location. Or it can be converted back into electricity and thus complement other storage solutions, such as stationary batteries.

In the transport sector, hydrogen is an alternative to fossil fuels. It can be used to power rockets and airplanes or in fuel cells for cars, trucks or ships that use electric propulsion. Its main advantages are its operating range and the fast conventional fuelling process as well as its low resource consumption and weight compared to a battery.

In the industrial sector, hydrogen is applied in various fields: from the long-term storage of large quantities of energy and for emergency power supplies to the synthesis of other energy carriers and fuels and in the refining processes of the chemical industry.

With hydropower in our DNA, we have the best prerequisites for the carbon-neutral production of this alternative energy carrier. Our main focus is on the use of hydrogen for the road transport sector. With our commitment to hydrogen mobility, we are already making a decisive contribution to the evolution of mobility.

In cooperation with H2 Energy and Linde Gas, we also intend to establish hydrogen as an alternative energy carrier, focusing on heavy goods transport. For this purpose, we hold a 45 percent stake in Hydrospider AG. In a cost-efficient manner, the company guarantees hydrogen that fulfils the quality standards of the Society of Automotive Engineers. Hydrospider has completed a 2 MW electrolysis plant at the Gösgen run-of-river power station. This is the first plant of this size in Switzerland to produce hydrogen for commercial operation.

Hydrospider, Hyundai Hydrogen Mobility and Association pro H2 mobility Switzerland are currently establishing a business model for emission-free mobility that is unique in Europe - right in the middle of it all is the Alpiq Gösgen hydropower plant, where green hydrogen is produced from renewable hydropower. 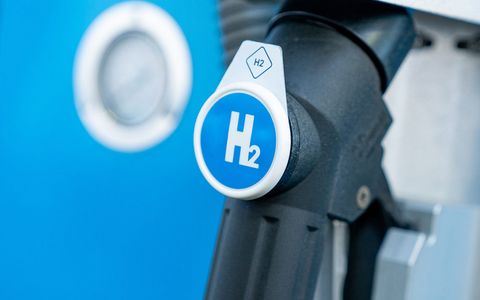 Alpiq, EW Höfe and SOCAR Energy Switzerland are planning to build an electrolysis plant with a capacity of up to 10 MW in Freienbach (SZ). The… 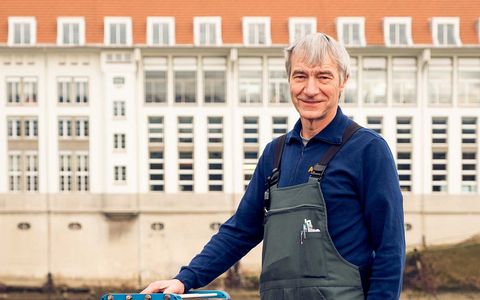 Hydrogen: an "old" technology is taking a second run

Hydrogen is seen as a beacon of hope in the transformation of the energy system towards a climate-friendly energy supply. And things are moving… 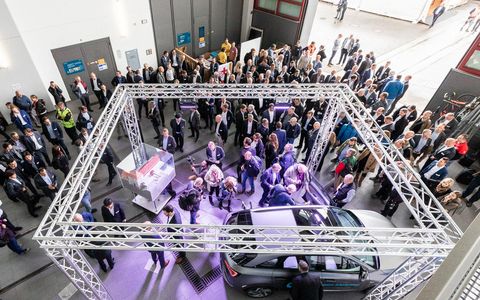 On 25 September 2019, Alpiq's Gösgen hydroelectric power station formed the epicentre of zero-emission logistics for one day: Hydrospider AG, in which… 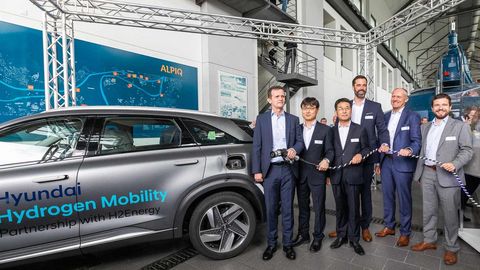 Thanks to green hydrogen, the link between the electricity and mobility sectors is becoming an economic reality in Switzerland 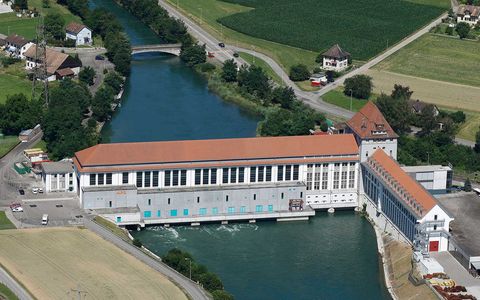 Starting at the beginning of 2020, Hydrospider AG will produce up to 300 metric tons of hydrogen per year using electricity from our Gösgen run-of-river power plant. Learn more about the Gösgen power plant here.

Hydrospider AG focuses on the cost-efficient production and sale of hydrogen, which is produced exclusively with renewable energy and is CO2-free. In this way Hydrospider promotes the decarbonisation of heavy traffic. Alpiq holds a 45 percent stake in Hydrospider AG.