The insurance company Gebäudeversicherung Bern (GVB) and Alpiq last year completed one of the most significant fleet electrification projects in Switzerland. One year later, the results are convincing. GVB was able to reduce its carbon footprint by 30 per cent by changing its fleet to 80 electric vehicles – illustrating how a pioneering company can fight against climate change.

Companies aiming to reduce their carbon footprint can learn from the insurance company GVB. Transition to electric vehicles enabled GVB to save 130,000 litres of gasoline in one year. That means radical reductions to both transportation costs and emissions – and shows that an electric fleet is a win-win investment.

“E-mobility plays an instrumental role in achieving our climate-neutrality goals. The change has been very well received. Employees are satisfied and proud to contribute to the environment. Everything works well, and our climate efforts are widely recognised,” states GVB’s Chief Financial Officer, Patrick Lerf.

Fighting against climate change is nothing new for GVB. Between 2007 and 2016, the company was able to reduce its emissions by 35 per cent per employee. However, they wanted to stretch the goal even more. An additional target was set to reduce its carbon footprint by 30 per cent by 2020 in comparison to 2015. Thanks to electric vehicles, the goal was achieved two years ahead of schedule.

Alpiq supported GVB with the transition by planning and installing the charging infrastructure. Rami Syväri, Head of E-Mobility Switzerland at Alpiq, compliments GVB for showing leadership on climate change prevention.

“Climate change is not a cosmetic problem. Fundamental changes are needed, and we want to thank GVB for being a pioneering company. It was a massive project, and with all the learnings in hand, we are even more ready to build similar cases,” says Syväri.

Converting 80 vehicles to Volkswagen E-Golfs was a big step. No other company in Switzerland had made such a change in this order of magnitude.

Alpiq planned and installed 90 charging stations at the parking garage as well as three fast charging stations right in front of the building of GVB’s head office. Alpiq’s intelligent energy management system was an integral part of the solution since multiple cars need to be charged at the same time – without it, the building could face blackouts.

Additionally, employees got charging stations installed at home, and through Ost-Mobil’s charging solution, they have access to a vast public charging network. GVB uses only green electricity from 100 per cent renewable sources.

Within a 12-month period, the employees charged their cars about 8000 times at the office and 2400 times at home. Both GVB and Alpiq put a lot of effort into planning and employee onboarding, which made the transition easier and has ensured high employee satisfaction.

“It has been a positive experience. Switching to an electric vehicle was smooth, and I quickly learned how to plan my route to do the daily charging. It’s great to drive with an environmentally friendly car, which has no engine noise and has a high level of driving comfort,” says GVB’s Head of Sales for private customers, Silvan Bittel.

The management team of GVB is also very delighted about the cooperation with Alpiq. “We chose Alpiq since they have extensive energy know-how and they provided us with a one-stop shop to manage the whole infrastructure project throughout Switzerland. We are very satisfied with the cooperation,” says GVB’s Chief Financial Officer, Patrick Lerf. 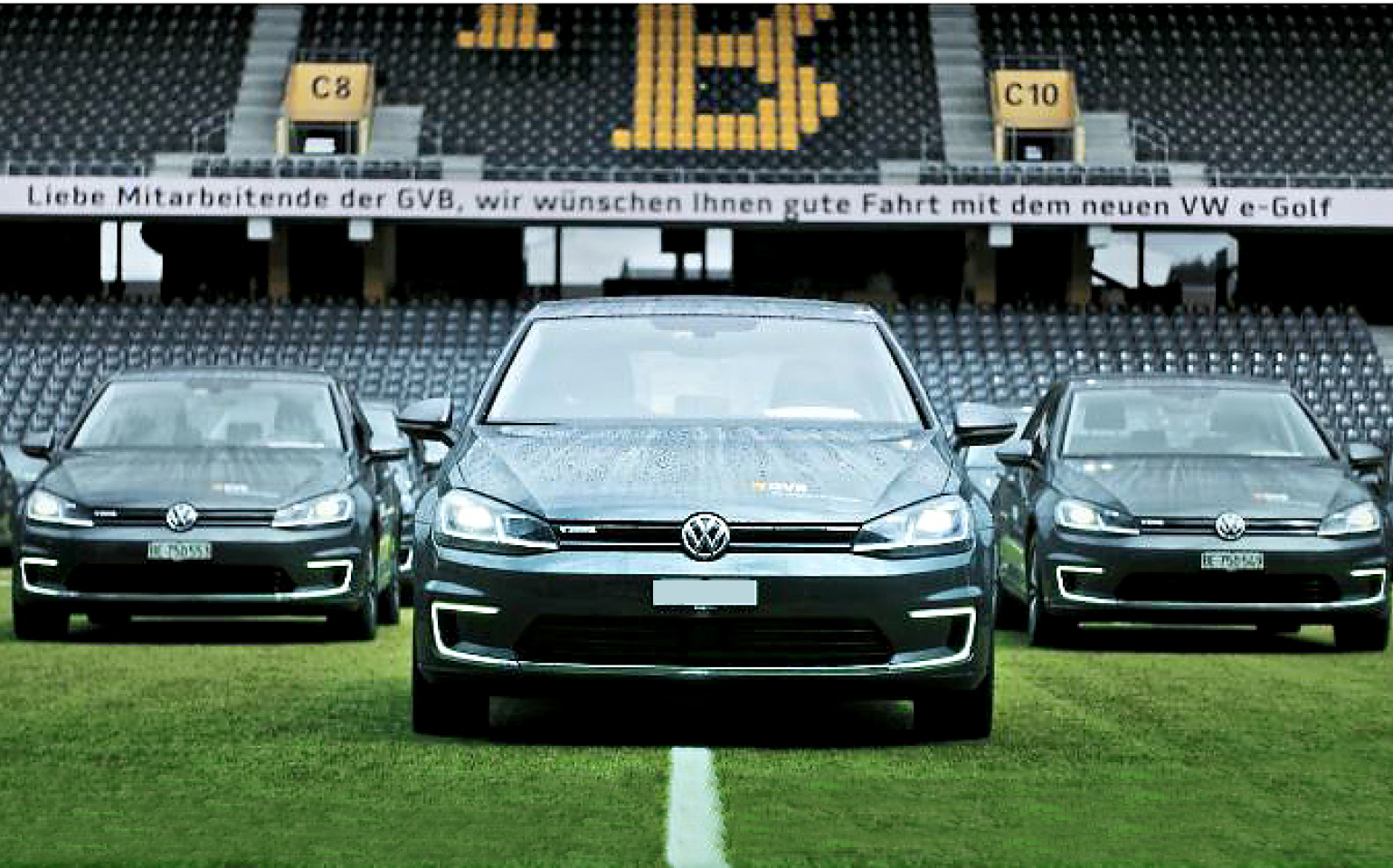