As part of the construction works at the Nant de Drance pumped storage power plant the Vieux Emosson reservoir dam was raised by 21.5 metres. Now the reservoir is filled for the first time.The flooding of the reservoir began in May 2017 and took place exclusively with natural inflows.

Seven years after the start of the construction works at Vieux Emosson, the reservoir has reached full capacity for the first time to supply water for the generation of electricity in the future. While the reservoir was being filled – the process having begun in the spring of 2017 – surveillance of the dam was reinforced. In addition to daily telemetry readings and weekly monitoring measures (with pendulums, rock meters etc.), further steps were initiated. Additional research was carried out at each stage, involving geodesic measurements, a detailed site inspection, opening of the outlet gates, and inspections by experts and the Swiss Federal Office of Energy. The reservoir priming programme is continuing with the first draining, which is due to start in spring 2020. During this phase, Vieux Emosson will again be subject to extra monitoring. 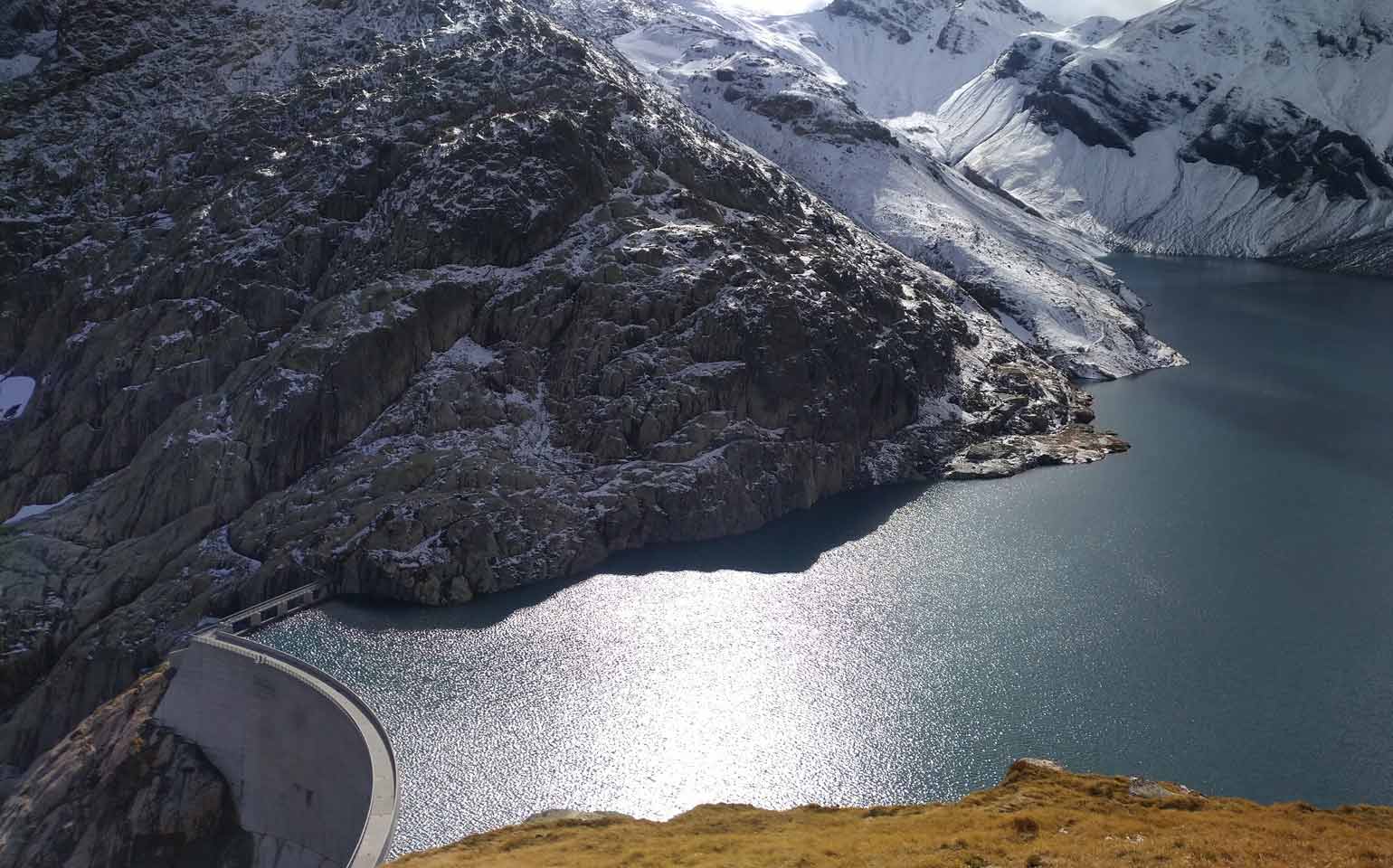 The Vieux Emosson reservoir at the beginning of October 2019

The reservoir was drained in 2012 to allow the height of the dam to be increased, with the aim of meeting the needs of the Nant de Drance pumped storage power plant. Between 2012 and 2014, the dam’s height was raised by 21.5 m, enabling a doubling of the storage capacity of the reservoir, and so adding to the flexibility of the future power station. What was originally an arch-gravity dam has been transformed into a double arch structure. Due to its design geometry, the upper part of the dam was initially reduced by 10 metres on the upstream side and by 20 metres on the downstream side. The total height the dam has increased from 55 metres to 76.5 metres. Further rock injections were carried out in 2015 and concrete injections in 2016.

As a leading electricity producer with highly flexible hydropower and thermal power plants, you depend on efficient power production. Find out what you can do to increase your productivity.

You are planning a general overhaul or decommissioning of a power plant? Find out how we can support you in completing your project successfully.