Lausanne – The Alpiq Group (Alpiq) generated net revenue of CHF 2.2 billion in the first half of 2019 (30 June 2018: CHF 2.6 billion) and EBITDA before exceptional items of CHF 55 million (30 June 2018: CHF 99 million). Swiss electricity production closed with a deficit, while the European business made positive contributions to earnings.

The Generation Switzerland business division closed with a deficit as expected and below the previous year. This was attributable to a lower water inflow in the area of hydropower compared to the previous-year period as well as to a long-term nuclear energy purchase contract expiring. On top of this, earnings were burdened by Swiss electricity production having been hedged at lower prices in previous years.

To optimise Swiss hydropower, Alpiq has pressed ahead with the digitalisation of its processes and further expanded its technological and economic lead in the Swiss hydropower market. Alpiq manages around one third of Switzerland’s total hydropower production.

In the first half of 2019, the Generation International business division once again made the biggest contribution to the earnings of the Alpiq Group and closed with a positive result, albeit down on the previous year. This development was primarily attributable to the renewal of a long-term power supply contract with the gas-fired combined-cycle power plant in Hungary at current market prices. The new renewable energies, comprising onshore wind power plants and small-scale hydropower plants as well as photovoltaic systems, were successful overall. Alpiq’s power plants in Europe complement the Swiss power plant portfolio and demonstrate the benefits of Alpiq’s geographically and technologically diversified power plant portfolio.

The Digital & Commerce business division closed the first half of 2019 with a strong result, up on the previous year. In particular, Alpiq successfully used its gas-fired combined-cycle power plants in Italy and made good use of the market dynamics in energy trading in Eastern Europe. On the French market Alpiq expanded its leading position and was awarded the title of best electricity supplier for industrial customers for the third time in a row. Energy trading in Europe once again confirmed its importance as a central element of Alpiq’s business model.

In the area of digitalisation, Alpiq implemented solutions to increase efficiency as well as to manage energy and launched additional products and services for its customers. Alpiq was the first in Switzerland for example to operate a 1.2-MW battery storage for commercial use in the energy markets. Furthermore, Alpiq in the meantime offers a mobile battery solution with hydro-electric power for secure and environmentally friendly energy supply for large-scale events.

In the area of e-mobility, Alpiq successfully maintained its position as market leader for charging infrastructure in Switzerland and expanded its market presence in Germany, Italy and Austria. In addition to this, Alpiq is playing a key role in introducing hydrogen e-mobility in Switzerland. The company recently submitted an application through Hydrospider, a joint venture with H2 Energy, for the construction of a 2-MW hydrogen production plant at Gösgen hydropower plant. In the future, the plant will use hydro-electric power to produce hydrogen for fuel-cell powered trucks. Alpiq is thus making a contribution to CO2-free logistics in Switzerland.

Looking towards the increasingly decarbonised, digitalised and decentralised energy world, Alpiq is selling its two Czech brown coal power plants Kladno and Zlín to the Czech Sev.en Energy Group. This sale reduces the carbon footprint of Alpiq’s power plant portfolio by more than 60 % and means that Alpiq no longer operates coal power plants. This strategically motivated divestment is expected to be completed in the second half of 2019. Alpiq intends to use the proceeds from the transaction to continue to optimise its balance sheet and to further develop its growth areas. 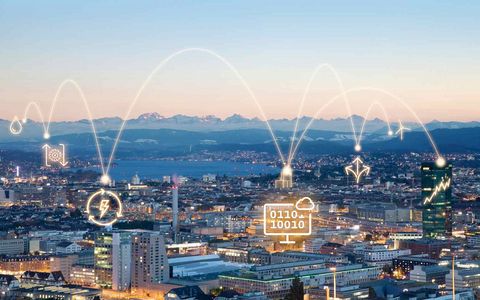