Lausanne – At today’s 11th Annual General Meeting in Olten, the shareholders of Alpiq Holding Ltd. approved all the proposals put forward by the Board of Directors. The General Meeting approved the 2018 consolidated financial statements of the Alpiq Group as well as the management report and the 2018 annual financial statements of Alpiq Holding Ltd. The General Meeting also elected Dominique Gachoud and Xavier Lafontaine as new members to the Board of Directors.
With the divestment of the industrial business, the Alpiq Group has concluded its turnaround and is now financially and strategically stabilised.

142 shareholders attended the 11th Annual General Meeting of Alpiq Holding Ltd. held in Olten on 14 May 2019. They represented 94.34 percent of the share capital. The shareholders approved the 2018 consolidated financial statements of the Alpiq Group as well as the management report and the 2018 annual financial statements of Alpiq Holding Ltd. The General Meeting discharged the members of the Board of Directors and approved the motion by the Board of Directors not to pay a dividend in light of the continued negative results of Swiss generation and the prevailing market asymmetry, which strongly distorts competition. Board members Claude Lässer and Patrice Gérardin did not stand for re-election at the Annual General Meeting. Appointed as new Board members were Dominique Gachoud, as a representative of EOS Holding SA, and Xavier Lafontaine as a representative of EDF Alpes Investissements Sàrl. All the other existing members of the Board of Directors and the Chairman Jens Alder were re-elected.

In 2018, the Alpiq Group generated a net revenue of CHF 5.2 billion and an EBITDA of CHF 166 million before exceptional items from continuing operations. The main drivers for the lower EBITDA were, as announced, the hedged electricity prices from previous years, which were below production costs and which continued to have a negative impact on Swiss electricity production. Electricity production in Europe and the energy trading, wholesale and retail business in Southern and Western Europe achieved very successful results.

Following the completed sale of the industrial business and on the basis of its continued consistent balance sheet management, the company now has liquidity of CHF 1.25 billion. Within the framework of its financial strategy, Alpiq further reduced its gross debt by a total of approximately CHF 600 million to CHF 1.5 billion. The equity capital ratio remains at a stable 43.5 percent.

The two existing Alpiq consortium shareholders EOS (currently 31.44 percent) and Primeo Energie (currently 13.65 percent) are each taking over half of the 25.04 percent block of Alpiq shares from EDF at a price of EUR 489 million (CHF 70 per share). The transaction will be financed by mandatory exchangeable loans from Schweizer Kraftwerksbeteiligungs-AG. Behind this is CSA, the largest Swiss investment solution in the field of energy infrastructure. CSA focuses on investments in Switzerland’s existing supply-critical energy infrastructure. For Alpiq as a contracting party, the Consortium Agreement concluded by Alpiq’s founding shareholders on 29 September 2005, which was terminated by EDF with effect from September 2020, will expire prematurely upon execution of the transaction.

“Alpiq welcomes the fact that its existing shareholders Primeo Energie and EOS have expanded their shareholdings and that CSA, as a renowned investor in the Swiss energy infrastructure, is to become a major shareholder in Alpiq. This transaction is a sign of confidence in the company and supports Alpiq’s future development,” says Chairman of the Board Jens Alder.

Find more information on Alpiq and about the Annual General Meeting on www.alpiq.com 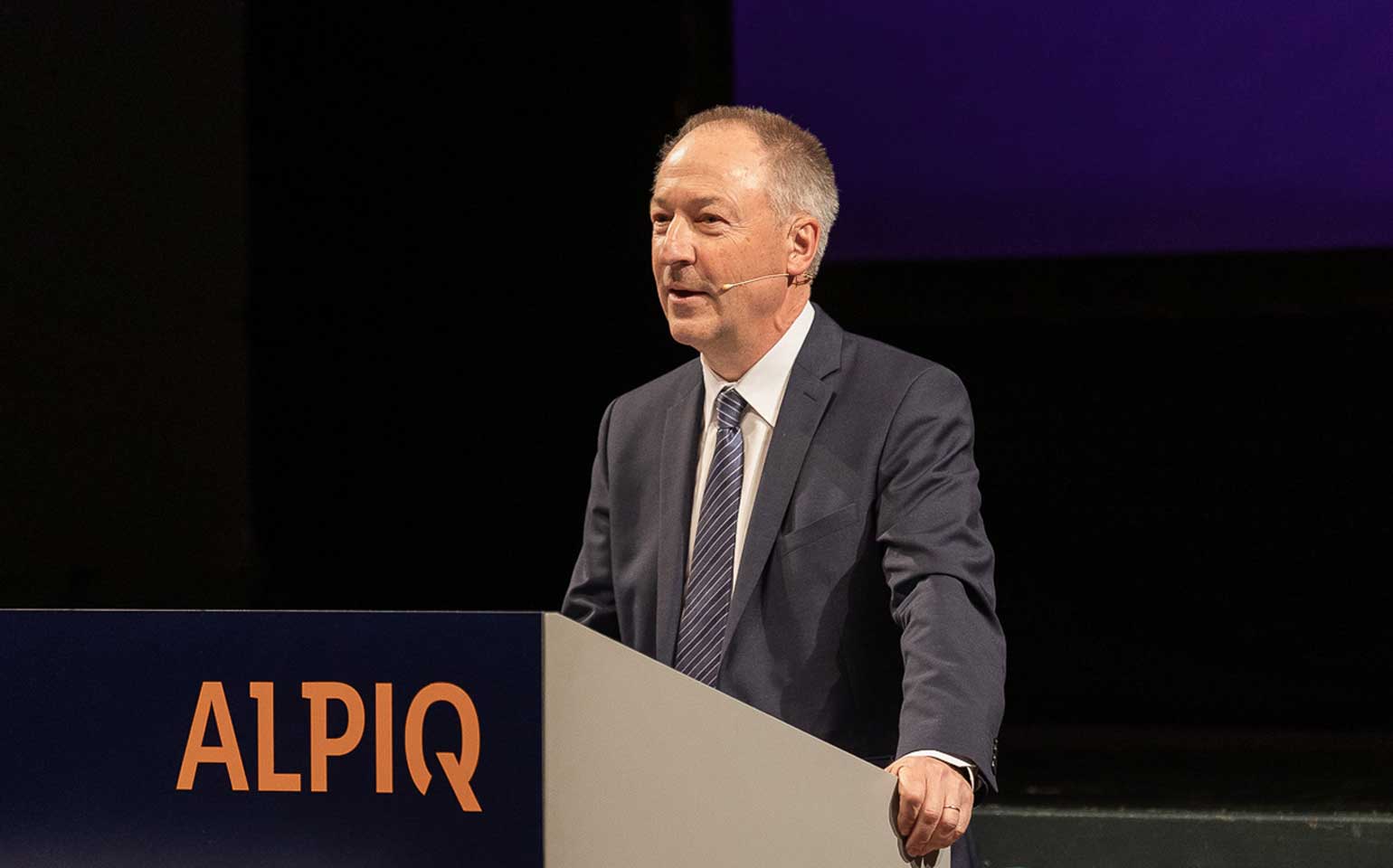